Croydon resident Jake Papas opens up about his problems with mental health, and how we helped him turn things around. This article was published The Croydon Citizen's mental health edition in May 2016.

How conversation saved my life

Or: how I would likely be dead right now if it wasn’t for volunteers at Off The Record Croydon. And even then it was a close call.

Let’s rewind a little bit to 2008, where I was socially awkward teenager generally making the world a worse place for my having been there. I was attending Trinity School, where people will likely remember me as an unusual, frustrating individual with no clue how to act or interact with others. I manipulated other people around me into getting what I wanted, and when it frequently failed, I was prone to outbursts of aggression or grief. Sometimes both. I spent most of my time terrified – terrified of my schoolwork, my peers, even of my friends. More potently, though, I was terrified of – and disgusted by - myself.

When I came to university in 2009, things were not much better. I developed a serious problem with alcohol, and attended no more than, I estimate, six weeks worth of classes in three years of tuition. I spent a lot of money I didn’t have whilst alienating my new-found and hard-won friends. I broke up with my girlfriend and entered a string of damaging, unhealthy and – ultimately – short relationships.

A friend of mine, concerned for my wellbeing, handed me a card for Off The Record Croydon, a volunteer counselling organisation for 16-25s in Croydon.

I had tried counselling before, at university, with mixed results, and I was sceptical at first. But the first six weekly sessions I had completely changed things. The provision of an environment in which I could fully and safely explore myself - and my mistakes - laid the foundation for my recovery. Several months later, I formally ended my study at university, secured full-time employment in their IT department, and began a course of antidepressants.

I wish that the sad story could have ended there, but in May of 2013, nine months after first seeing a counsellor, I had a near-miss with suicide on my way to work. It has been nearly three years since then. Three years of fighting back against the darkness, and though I don’t know if I’ll ever win the battle, I certainly seem to have gained the upper hand since then. I moved back to my hometown of Croydon. I am engaged to my partner of five and a half years. I’ve gone from six daily pills and grim, bedbound unemployment to one morning dose and work at a small local business renovating vintage pinball machines. By any measure, I have come a long in these three years, and a longer way still from my teenage troubles.

The question remains for me though – if I had not been to see the counsellors at Off The Record Croydon, and in doing so, started fully exploring the possibility that I am mentally ill, would I still be here today? And how much trouble could have been avoided if I’d sought out their services sooner?

Off The Record offers many services, but the central role that it offers is counselling. You are provided with six weekly hour-long sessions on the time and day of your choice. You sit down in a comfortable chair opposite your counsellor. He or she will close the door behind you, and for the next hour, you have carte blanche – a black canvas, a sand-pit in which you can explore any aspect of yourself, any troubling facet of your life. It seemed to me that the simple act of articulating my feelings, by necessity transforming thoughts and concepts into words and sentences, focused them in my head.

If you are explaining your feelings to someone else, then you learn to express your feelings in a way that they can understand – by extension, simply by explaining your troubles to somebody else, you have wrangled the previously nebulous facts, thoughts and feelings in your mind into a form that both the counsellor and you, yourself, can better understand. The counsellors will help you to get a grip on the contents of your own mind, and when you have started on that path to understanding, your problems start to seem less insurmountable.

I cannot implore you enough to contact them, whether you are a young person having problems, or simply interested in volunteering as a counsellor. You might not think that your problems are as serious enough to be worth bothering other people about, but when you have the environment that Off The Record provides for you, then you might be surprised at what you find out about yourself – and how much better you can feel for having it shared with them. Not many organisations can legitimately claim that they can change your life, but the patient, helpful and accommodating staff at Off The Record changed mine for the better.” 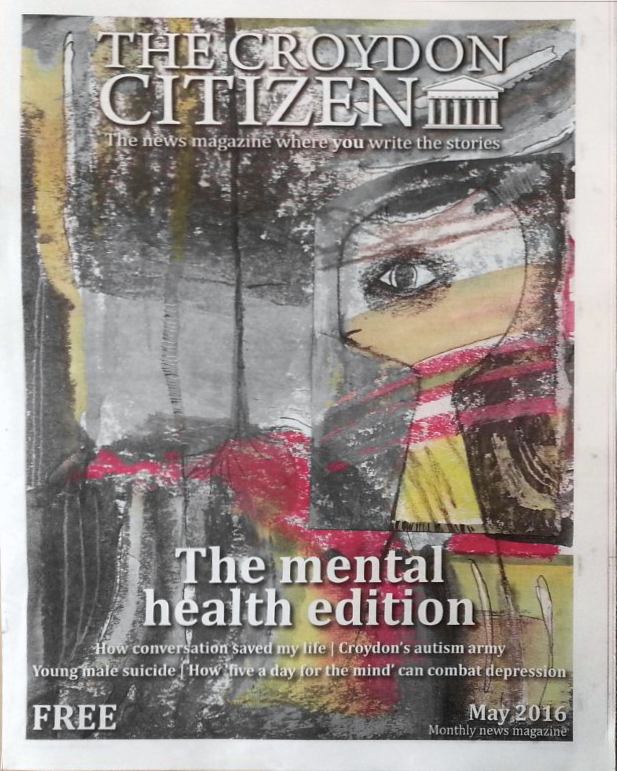